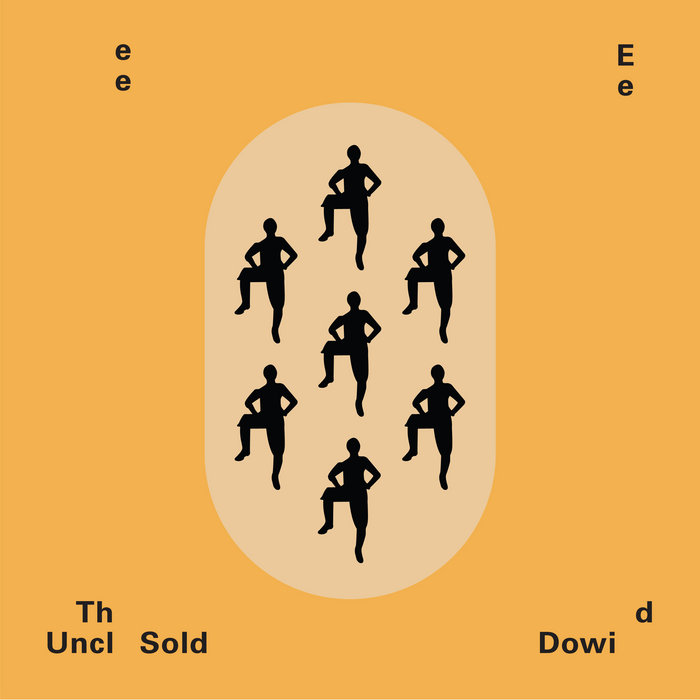 Ursula's Crow Ed catches the void at the heart of the English psyche. This is a timeless album, as daring in its way as Kasuo Ishiguro's book. Favorite track: David is Unwell.

Ed Dowie learned the piano and the organ as a child from his father, before becoming a chorister and an organist in Dorset. His music career began in earnest in 1998 when his Bournemouth-based psychedelic-dub-pop band Brothers in Sound – stablemates of the legendary Beta Band on cult Parlophone subsidiary Regal Recordings – released three EPs and the album Family Is For Sharing, all of which were met with considerable critical acclaim. After Brothers in Sound’s untimely demise, Ed spent several years studying experimental music in Leicester, Montreal and York, before moving to London in 2008 and joining puppetry/animation/film company The Paper Cinema as a composer for various theatre, short films and art projects. He has played at venues including the Tate Britain, the Barbican and the National Portrait Gallery, as well as further afield at festivals in France, Denmark, Portugal, Spain and Azerbaijan.

Ed's debut album The Uncle Sold takes its title from the 1995 Kazuo Ishiguro novel The Unconsoled, a unique and inspirational book that takes the reader on a continually evolving, dream-like journey around a non-specified city. Recorded in London at studio spaces in Dalston and Haringey, it’s a sometimes wistful, sometimes sad, sometimes uplifting and at all times surprising listen that paints a picture of a range of characters struggling for certainty in a metropolis beset by continually changing forces, be they political, personal or financial.

Openers ‘Verbarhemiopia’ and ‘Red or Grey’ are gently prismatic wonders each, variously encompassing dreamy multi-layered voices, firework field recordings, static hiss, twirling fairground ride melodies and a playful, vaguely Gallic sounding accordion solo. A slowly crashing wave of heavy-hearted electronica with ethereal yet understated vocals summoning the spirit of Robert Wyatt and Arthur Russell, ‘Yungpawel’ is a song about “a couple of very good friends of mine who sort of represent an ideal of how it’s possible to be,” says Ed, “inspiring, intelligent, active, self-aware, conscious, caring”. Set to a field recording of pouring rain, ‘Bastard Harbour’ is a hauntingly melancholic piano meditation on ageing and death. Climactic closer ‘Richard’, a drowsy collage of needling guitars and sparkling synths with hints of Spiritualized and Super Furry Animals, brings a note of acceptance to the album’s final phase as the song’s titular drifter finally comes home.