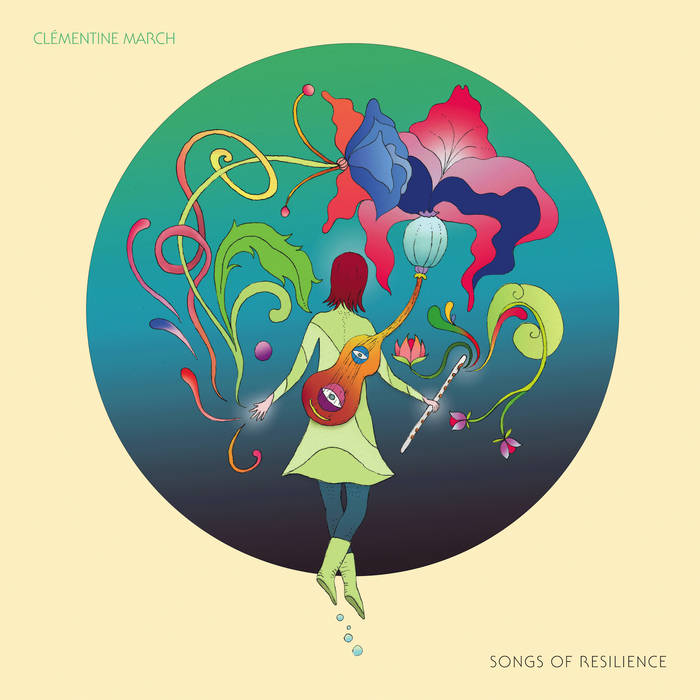 Postcards From The Underground

This release was first made available exclusively via our membership series, PostMap Club, during the month of January 2021. To keep up with all our future releases, sign up from just £3/month: lostmap.com/club

Recorded over two days in November last year, Songs of Resilience is the intimate, instinctive and beguiling second album by eclectic London-based French singer-songwriter Clémentine March. Set for release on limited-edition CDR and digital platforms on February 5, 2021, and preceded by the track ‘Into the Distance’ which is available to stream and share now, Songs of Resilience is the swift follow-up to the 2020 debut album Le Continent, which won Clémentine admirers throughout the music world, including BBC 6 Music’s Stuart Maconie who has featured her several times on his show the Freak Zone. Produced by Toby Burroughs from the band POZI at his west-London studio Rumbaba and eschewing Le Continent’s ornamented arrangements and multi-lingual flourish, Songs of Resilience is sung almost entirely in English and features just Clémentine’s voice and acoustic guitar. It’s a stripped-back, raw and direct reaction to the times and circumstances in which it was made.

“The year 2020 was very unpredictable,” explains Clémentine, “and whilst I was working with my band to make songs for the second album, the new lockdown came in November. In order to stay sane and creative, I decided that the second album would be the third album, and I so wrote a set of 11 entirely new songs, to be recorded alone with my acoustic guitar. The songs are now mostly in English, and they reflect as much the atonement and losing friends and my grandparents, but also falling in love, seeing the seasons passing, living in the absolute present, because there is no choice. I consider this work as much as a parenthesis as a new step in my compositions. And now I can work again on the third album with the gang.”

New sounds from Mavi, Ivy Sole & Moderator, plus AJ, the One joins the show, for her latest release