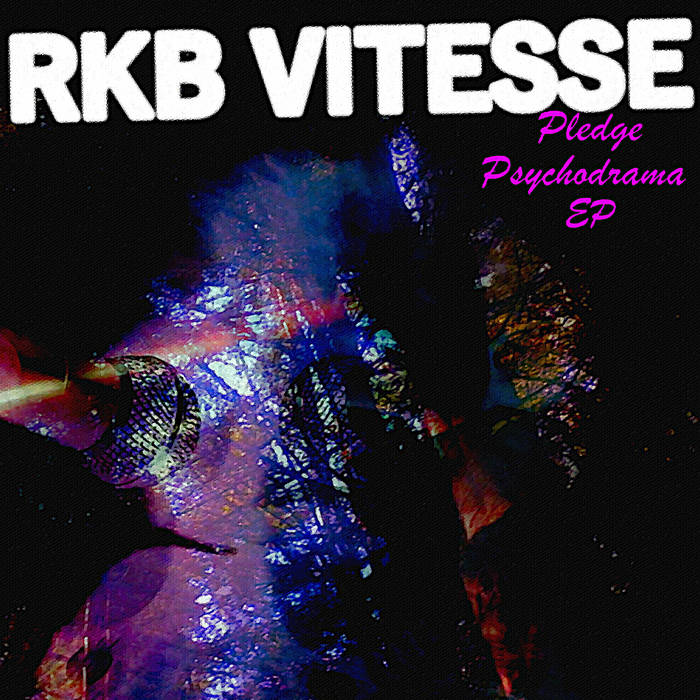 This release was available as a postcard single exclusively via our membership series, PostMap Club, during the month of April 2021. To keep up with all our future releases, sign up from just £3/month: lostmap.com/club

‘Pledge Pyschodrama’ is a new single by maker of transiently euphoric electro doom bangers RKB Vitesse, AKA London-based producer Oliver Marchant. An ethereal, sine-wave bass throbbing spoken-word track – “a true tale of alcohol sodden heartbreak and broken promises on a short holiday to the Eden Valley, Cumbria” explains Oliver – ‘Pledge Pyschodrama’ is available via digital services from April 6, 2021 and as part of Lost Map’s PostMap Club subscription service. Endorsed by Optimo’s JD Twitch, who played ‘Pledge Pyschodrama’ on his NTS Radio show with the words “this song will break your heart”, the track is backed on a forthcoming EP of the same name, due for release April 23, 2021, by a dark, smouldering deconstruction by K Of Zen. Also included on the EP are a slo-mo disco remix by Oliver of his own song ‘Dancer At The Edge of Time’ and a strange and wonderful “response” to the RKB Vitesse track ‘The More You Love Yourself’ by performance artists, musicians and poets Montenegrofisher.

Oliver’s debut album as RKB Vitesse – an immersive, atmospheric and fragrant bath of electronic torch songs called The More You Love Yourself The More You Will be Loved – was released in December 2020 via Vitamin Concept, the label Oliver co-runs with Serafina Steer from Bas Jan (whose debut album Yes I Jan was released on Lost Map in 2018). He is a founder member of electronic pop juggernaut SDF, whose two albums Alana (2017) and Judas (2015) came out on Psykick Dancehall and Good Food tapes respectively, and who have just finished a third album devised during a residency at PRAH studios in Margate. RKB Vitesse presents a monthly radio show called Vitamins – with Chooc Ly, outlookexplorer and Ammonite – on Internet Public Radio, and makes up one half of wide vista sound and DJ duo Open Windows.

Original tracks feature on the album The More You Love Yourself The More You Will Be Loved, available on Vitamin Concept Records: vitamin-concept.bandcamp.com/album/the-more-you-love-yourself-the-more-you-will-be-loved