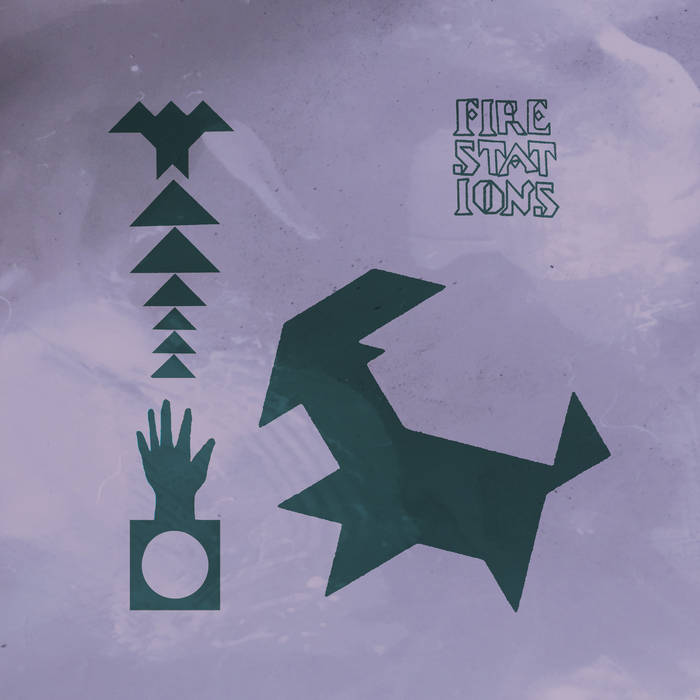 Melted Medium is the second instalment in a trilogy of three EPs, which make up the Automatic Tendencies project.

It follows the release last November of the Automatic Tendencies EP, and its acclaimed single ‘Small Island’, which garnered praise and multiple plays from BBC Radio 6 Music’s Marc Riley (“a perfect pop song”), as well as support from Gideon Coe and Cerys Matthews. The EP featured on 2020 end of year lists by For The Rabbits’ (“ambitious, articulate and really rather wonderful”) and God Is In The TV (“dream-pop provocateurs – beatifically serene and summery, although with an improbable, noonday shadow”).

Each EP embraces a mixtape aesthetic, including alternative “sunken” versions by the band as well as covers and remixes of new Firestations tracks by other artists. Band member and artist Laura Copsey is curating collections of limited-edition artworks that expand on the ideas within each release, and the lead track from each project is released as part of Lost Map’s Postmap Club subscription series (including exclusive B-sides).

Since their last album The Year Dot (Lost Map Records, 2018), Firestations have refined their brand of conceptual alt-pop, and new songs take a closer look at themes of identity, belonging, progress and escapism. ‘The Circular’ is a motorik earworm in praise of revisionism, and exploring, uncovering and owning the past, rather than accepting mythologised versions (“the circular is here – we have to change, we won’t make it last any other way”). The first track ‘Outpost Index’ is an indie-disco stomp about the loneliness of successive lockdowns, yet is ultimately hopeful for the future. The most meditative song in the collection ‘Low Ratio (Sunken Version)’ is inspired by Jorge Luis Borges’ ideas about the map-territory relation and ponders the absurdity of forgetting the importance of the bigger picture (“a map of a map of a map of a map of a map...”). Track four ‘Stray Signals’ is a warm weather pop song about how time is a human construct, and how the beginning is still with us today.

For the cover version on this collection, the band asked Lost Map label mate Clémentine March to create a French-language version of ‘Small Island’, which she titled ‘Le Scaphandre’. The idea behind the cover is to add to the original’s message of inclusivity and offer a playful new escape plan. Clémentine says: “Instead of trying to literally translate the lyrics, I worked on sound consonances between the two languages. ‘Scaphandre’ means ‘diving suit’, and I wanted to write a joyful absurdist sea tale. I recorded the song in a gleeful early autumn near Epping Forest, with Michael's precious help.” The last track is a trance remix of ‘New Device’ by Dreamtrak (a.k.a. Oli Horton). Originally a laid-back dream-pop number on the first EP, Oli has turned it into a dance-floor monster.

ABOUT THE AUTOMATIC TENDENCIES ART COLLECTIONS:

Each EP is linked to a classical element – Automatic Tendencies was water, Melted Medium is fire, Pixel Wilderness will be earth – and in this art collection we explore the grey area between reality and illusion, and the power of imagination. The collection springs from an interest in evolution and anthropology – how the sound, smell and image of fire can have a profound physiological impact – often creating a sense of home. We all have a primal instinct towards fire, and continue to be mesmerised by it, as we will never truly master it. Starting as an ironic joke about the trend for fake fires on YouTube, Laura began to experiment with the senses and how far reality could be altered in an absurdist quest to overcome the reality of nature; questioning whether experiences need to be real in order to have meaning.

The contents of the limited-edition art collection are fragments of some of these ideas - pine cones that change the colour of fire, "maximum reality matches", a giclee print of an altered flame by illustrator Emma Harry, and instructions for how to create your own ‘phantom fire’ experience.

Recorded at home and Otterhead Studios