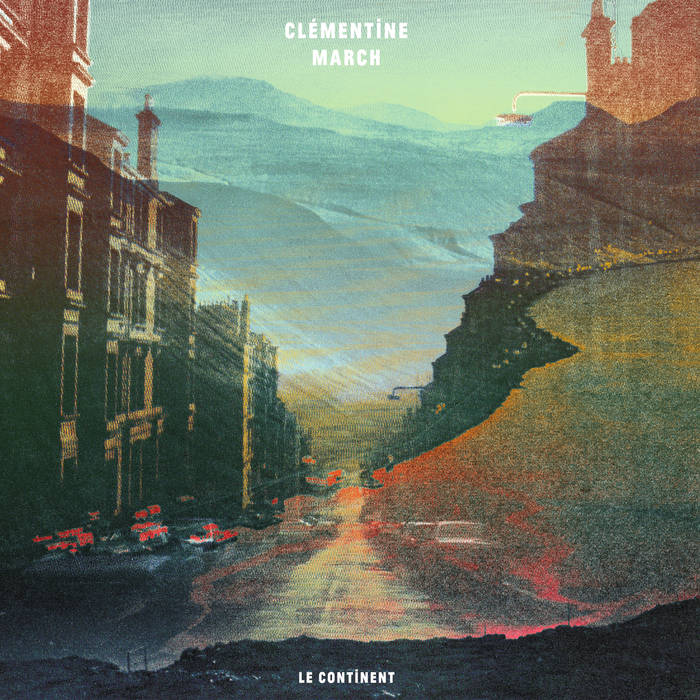 Ursula's Crow I bought this album to remind me of everything beautiful which Boris and Brexit seek to deny. Listening to Clémentine sing, I'm reminded of the breadth of the Latin music on which she draws, but I can also hear the scuffed footsteps of Rimbaud in London. Favorite track: Sans Visage.

Beats To The Bar

Lost Map Records welcome London-based French singer-songwriter and multi-instrumentalist Clémentine March to the label roster, for the release of her eclectic, charming and truly cosmopolitan debut album Le Continent in January 2020. It’s preceded by the release of the title track as a PostMap postcard single in November 2019. ‘Le Continent’ Clémentine describes as “a personal account of a traveller who is trying to find her way everywhere in the world… melted with that strange spirit of the times we’re living. I wrote this song in 2017,” she says, “and it was – still is! – hard to avoid to overload of media anxiety about Brexit.” Phil MFU from the band Vanishing Twin contributes an organ part and an improvised freakout section in the middle of the song.

Clémentine characterises herself as “an alt-rock teenager from the 90s,” yet one who studied classical guitar from a young age, and followed her love of Vila Lobos, Caetano Veloso and more to Brazil for two years in her 20s, where she became immersed in choro, samba and traditional Brazilian genres. Sung in four languages – English, French, Portuguese and Spanish – and influenced by everything from Nirvana to Milton Nascimento, Clémentine’s melodically idiosyncratic and joyfully wild music embodies her nomadic spirit by recognising no borders – be they musical, linguistic or geographical.

Released via Belgian label Freaksville Records in 2017, Clémentine March’s debut EP Les Etoiles à ma Porte (The Stars at My Doorstep) received acclaim from Clash, The Quietus and For The Rabbits among others, and saw her tour extensively in Europe as solo support for acclaimed American indie-rock band Big Thief. In parallel with her burgeoning solo career, Clémentine has become a much in-demand multi-instrumentalist, particularly on bass, for artists including Snapped Ankles, Rozi Plain, Alabaster dePlume, Dana Gavanski, Bamboo, Yama Warashi, Blue House, Bas Jan and Haha Sounds Collective.

Continuing a rich tradition of Anglo-Gallic alternative music from Stereolab to Frànçois & the Atlas Mountains, Clémentine’s debut album Le Continent is, as she puts it, “a farewell chant to my native country.” “It’s a fantasy,” she says, “mostly in the French language – on the sum of my musical influences, from Brazil to Young Marble Giants, and beyond. It’s also an open exploration of the world and an account of loss.” Produced by Syd Kemp (Thurston Moore, Ulrika Spacek, Vanishing Twin), 16 songs were recorded in six days at a studio in Hackney in London, all in live conditions, with sparse overdubs. Guillaume Magne and Pierre Caron join Clémentine in the core tri at the centre of the record, with additional contributions coming from Phil MFU (Vanishing Twin), Dimitrios Ntontis (Blue House) and Amélie Rousseaux (Sofia Bolt).